Like a small sculptural piece of silver the Mercy pendant hangs at the end of the chain, gracefully following your movements.

The fluid shape of the jewellery symbolises the way life transforms, and evolves through our experiences. The soft curves represent the flow of time and how its unexpected twists and turns might define us.

The Mercy collection was created by Jacqueline Rabun. As is typical when Rabun and Georg Jensen collaborate, the designs are both sculptural and bold, yet the different pieces have a playful and contemporary feel that make them easy to style with other jewellery – and allow the wearers to create their own personal expression.

Measurements:W: 15mm with 45cm 1.1 mm anchor chain. The length of the chain can be adjusted by using the loops. 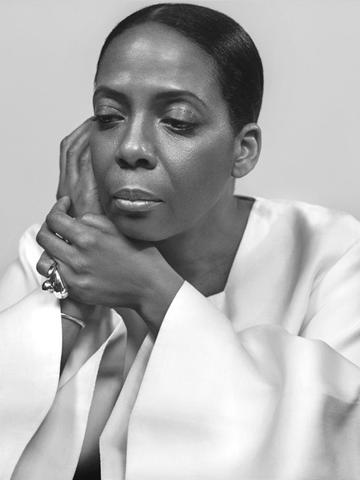 Rabun was born in Bitburg, Germany. Before her family settled in Northern California. Having studied fashion design in Los Angeles, she began designing jewellery in Los Angeles in 1988.In 1989, she moved to London and launched her first collection of jewellery in 1990.

In 1999, she began a long-term collaboration with the Scandinavian luxury brand George Jensen, launching her first collection with them, Offspring in 2002 and one year later her Cave collection.

Today, Rabun is based in London, where she works as jewellery designer and silver craftsman.